What to do In Arbroath

What to do in Arbroath

Sandy beaches are a short distance away from the Arbroath Golf Links and ideal for a family picnic. A coastal path runs adjacent to the golf course on the far side of the railway which goes all the way to Carnoustie in the south or straight into the town centre past the West Links Park and children’s attractions. This path is perfect for walking or cycling.

Once in the town centre there are a variety of attractions.  The harbour and marina are a hive of activity with boats coming and going and the smell of Arbroath Smokies being smoked is never far away. The harbour is well served with fish and chip shops, ice cream parlours and local restaurants.

Keptie Pond is also ideal for a picnic and a chance to feed the ducks. The centre piece of this park is a Victorian building designed as a medieval fortress in 1880 but actually used as a water storage facility for the town of Arbroath.   Another walk along the famous cliffs at Victoria Park takes you past the old smuggler caves and along the cliff top to Auchmithie.  Look out for the dolphins that love to play off the shoreline.

For those interested in a little bit of history the Arbroath Abbey where the Declaration of Scottish Independence was signed in 1320 is well worth a visit. A visitor centre is available to explain the stories of yesteryear.

The Signal Tower Museum which is close to the harbour and is free to visit explains the construction of the Famous Bellrock Lighthouse build by Robert Stevenson in 1810. The lighthouse in the oldest serving lighthouse in the UK and has a place in the 7 wonders of the Industrial World. For the more adventurous a boat trip can be organised from the harbour out to the lighthouse but be sure to pick a calm day. The Bellrock Lighthouse can be seen from a distance of 36 miles on a clear day.

If you ever wondered how people from Arbroath are called ‘Red Lichties’ look to the right of the Signal Tower and you will see a red light which still operates and in the dark allows the fishing boats to get lined up to come into the harbour and acts as  a life line for fishermen and sailors when the seas are rough and visibility poor. The Arbroath lifeboat disaster in 1953 occurred at the entrance or the bar to the harbour which is extremely dangerous in rough seas. 6 out of the seven crewmen perished in this disaster.

Arbroath also has a place in the Guinness Book of Records. Arbroath FC who play at Gayfield Park, the closest professional football park in the UK to the sea, holds the World Record for the most goals scored in a professional football match when they beat Aberdeen Bon Accord 36-0. This has to be the only pitch in the UK where you can get soaked from a wave whilst taking a corner and the groundsman has to remove fish from the pitch before the start of a game!!  You might be able to have a look at the ground on your way into town.

There’s more to Arbroath than just a Golf Course. 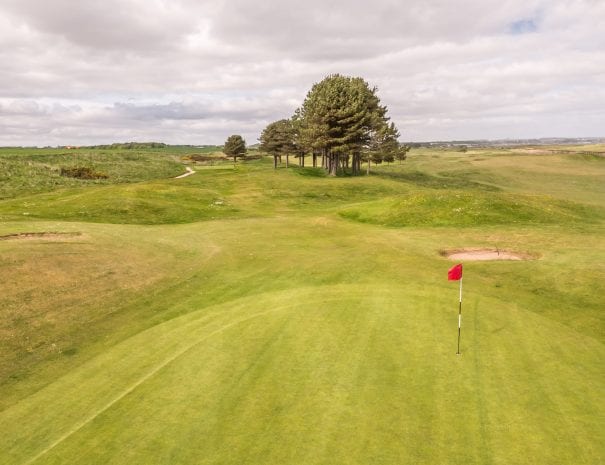 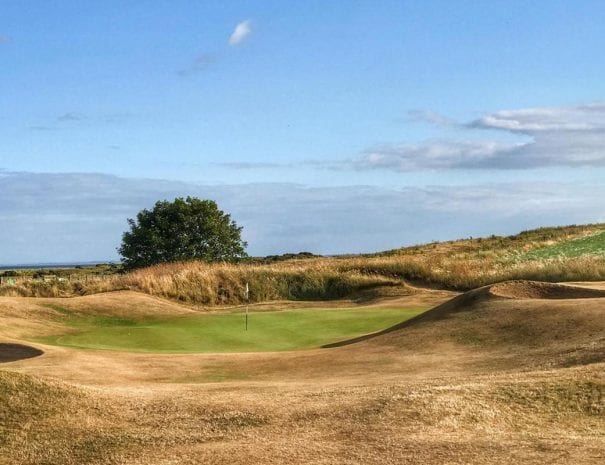 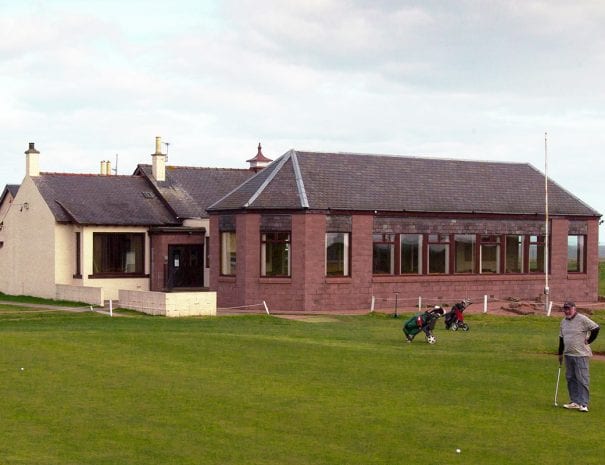 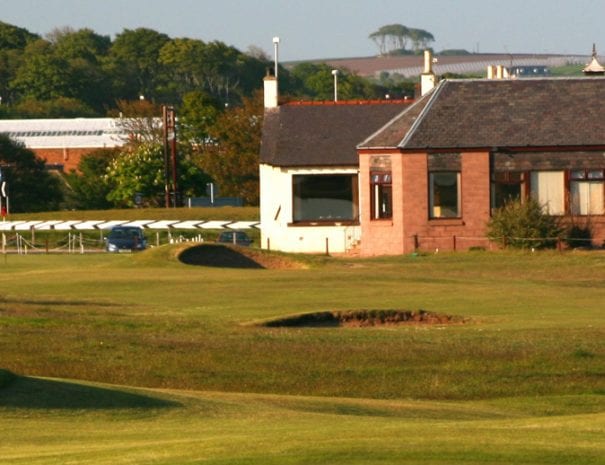