It all began when the Arbroath Golf club, by then a well established body, was granted a licence for a bar. 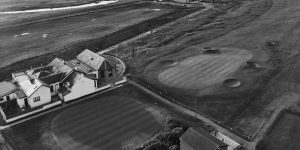 It all began when the Arbroath Golf club, by then a well established body, was granted a licence for a bar. Rechabite members – staunch abstainers – registered their disapproval by withdrawing their membership. They still maintained their love for the game, however, and the idea of forming a separate club was mooted. The idea appealed also to the younger working class players who found membership of the Arbroath Club beyond their means and it was no great surprise to find such an encouraging attendance at the first meeting.

Mr J R Aitken a well known figure in the town at the time took the chair and among those present were Watson Baird, Alf and Tom Hay, Sandy Millar, Arthur Millar, Bob Guthrie, Alex Lawson, R D Neilson, Jim Sparks, Harry Kaighan and William Rae and it soon became obvious that there was sufficient support and enthusiasm to merit the launching of another club. 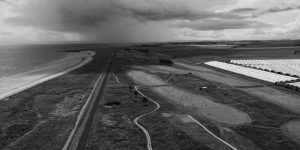 The beginning was modest. What the Arbroath Club had just given up in favour of their commodious premises at the “Top of the Hill” provided the Artisans comfort for a few years. The building went by the name of the club-house but it was really only a shelter consisting of a “But and Ben”. The first section held a combustion stove, to the left of which were the coatracks and pegs forming a passage to the famous “little pump” fixed on the end of a fire-clay sink. In the next room were over 60 boxes for members’ clubs and behind this was a rat-infested stable.

In 1907 the question of setting up quarters that would be a credit to the club was talked in a thoroughly practical way. At a general meeting of members, a committee consisting of Messrs G C D Morrison, James W Brown, William Whyte, William Kinnear, David R Hunter and S B Colville as convener, was set up to investigate ways and means of the erection of another building. A report was presented to the committee and received the approval of the majority that a clubhouse should be erected at a cost of no more than £650. On September 11, 1911 members entered the new club premises at Elliot.